Students of Delalio Elementary School participate in several different events including jumping rope, hoola-hooping, and gymnastics during a Jump Rope for Heart event in the schools gymnasium, Jan. 25. 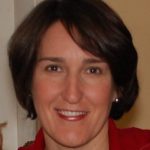 A growing number of districts across the country are starting to take a more systemic look at their use of time; the arbitrary constraint of the traditional 6-hour school day is being revisited to explore whether a longer school day could benefit some or all students. One of the greatest hurdles school districts face as they think about lengthening the day is whether and how to compensate teachers and other staff for the additional time.

Over the last several years, Cross & Joftus has worked with a number of districts that are experimenting with a longer day for some or all of their schools. As this work progresses, we are starting to see some patterns emerge in the approaches to compensation that may be useful for other districts.

While there are a handful of districts that have substantially lengthened the day for all students, more often districts begin this process by lengthening the school day for a targeted school or a subset of schools or grades. For the majority of districts that have a longer day, in some but not all schools, compensation for the added time generally was negotiated apart from regular contract negotiations.

As longer-day options take root and expand, districts are grappling with larger compensation issues—what would it mean if the entire district or a much larger number of schools within the district adopted a longer day? Would the current compensation approach make sense? Would it be sustainable long term? How would it be integrated with or layered on all the initiatives already happening in the district, including pay for performance, differentiated pay for hard-to-staff subjects or schools and the like? Does the district need to negotiate a specific pay increase for the extra time or could this change in schedule be viewed as part of a broader set of changes to the teacher role that has been evolving over time?

We’ve started to see several different pay models emerge, each with its own pros and cons:

This could take the form of either an “extra pay for extra duty” hourly rate outlined in the teachers’ contract or a computed hourly rate based on each teacher’s annual salary. When Denver Public Schools was implementing its small Expanded Learning Time Pilot in July 2012, the teachers’ contract was amended to explicitly state that teachers in ELT schools who worked over and above the contracted 40-hour workweek would be paid a specified rate ($28 per hour at that time). This allowed for flexibility from school to school in exactly how the extra time was implemented.

In Boston, the most recent round of contract negotiations included a new program to add 40 minutes of extra time at the city’s 60 lowest-performing elementary and middle schools. The contract specifies a flat amount of $4,464 to be added to all teacher salaries (an approximate 5% increase in pay for the average teacher) at schools implementing this reform. Because it is an increase in base pay, this increase counts towards teachers’ pensions, which is a significant benefit to teachers.

In addition to the increase in pay, the contract also included significant additional planning time for teachers and funding and support to ensure that the additional planning and collaboration time is well used. It is notable that all teachers receive the same amount, which means a larger percentage increase for the less experienced teachers who tend to be lower on the pay scale. It is also worth noting that, over the years, Boston has implemented a number of reforms that include a longer day, and the district currently has a number of extant pay models for schools that operate on a longer schedule.

Each pay model was negotiated separately with the union and has a separate carve-out within the contract. This has created a complicated contract and has engendered some discontent among those in the district who feel they didn’t get as good a deal as those that came before or after.

A percentage increase in teacher pay

Elizabeth (New Jersey) Public Schools began implementing a longer school day starting in 2006. By 2011 they had lengthened the school day by 90 minutes in every school in the district, creating an eight-hour school day district wide. The district based the pay increase provided to teachers on a pay differential that had been negotiated back in 1998 when a new magnet included a longer school day as part of its school model. In that original school and then in all subsequent schools, the district paid all teachers an additional 8.24% for the additional 90 minutes

In 2014, when the district was faced with budget difficulties, it cut back the extra time to 45 minutes and cut teachers’ “extra” pay back to 4.2%. Elizabeth started the longer day in a single school and negotiated the pay increase years before the district ever conceived of the longer day as a district-wide strategy. The teacher contract is up for renewal in Elizabeth, and the district is likely to address this issue in the next round of contract negotiations.

Keep an eye on scale

While there are other ELT compensation structures emerging, many are simply variations on these themes. In addition, it is worth noting that some districts (Chicago is the most notable) have tried to lengthen the school day district wide with little to no extra pay for teachers beyond the typical yearly increases.

Each of these pay models has its benefits and its costs, and districts should consider these within the context of their needs (e.g. extended day schedules) and constraints (e.g. teacher contracts). One lesson for all districts looking to establish an extended day program is that pay structures, once established within a district on any scale, often become district-wide compensation models that are both politically and logistically challenging to alter.

Districts expanding learning time at any level would be wise to develop extra-time compensation structures with an eye towards how those pay structures would scale, whether they would be sustainable over time, and how they can build in flexibility to modify compensation strategies as extended day programs evolve.