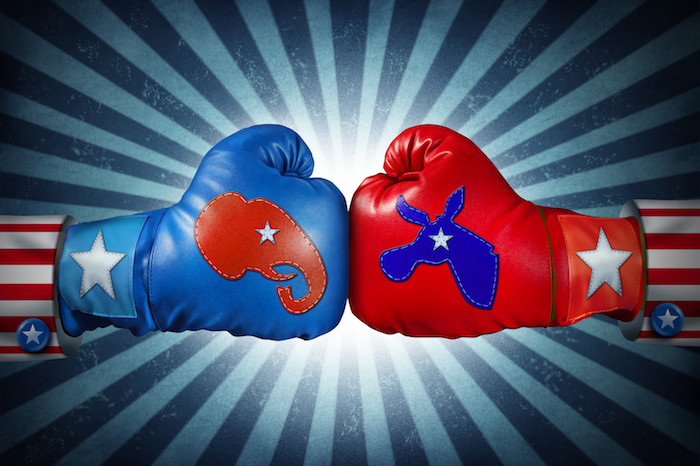 Donald Trump’s campaign recently announced that it would focus on education during the entire week of August 29th. In general, most of us might think that attention given to education by a presidential candidate would be beneficial. Raising the profile of a critical but oft-neglected policy issue and informing voters about the positions of the candidate seems like a good thing.

It is my fervent hope, however, that education does not become a major issue during this Presidential election campaign. Given the quality of dialogue that is taking place on other issues—with facts being marginalized and sound bites rather than substance emphasized—I fear that attention from the candidates in this election cycle would not serve the best interests of students and might actually cause harm.

Two issues have emerged that illustrate my point. In post-secondary education, the push for universal free tuition for two years of college among Democrats has ignored the fact that students from middle and upper-middle class families—not students from low-income families—would reap the biggest benefits of such a policy play, and at a significant cost to the U.S. Treasury.

At the K-12 level, public outcry for the federal government to repeal the Common Core State Standards, adopted in some fashion by the vast majority of states, disregards the fact that the decision to set academic standards belongs to the states. Only states have the authority to take action, a principle that has been established time and again by state and federal jurisprudence.

As I noted in a previous post, in 2008 two major national foundations (Broad and Gates) spent tens of millions of dollars to promote education as a key policy area for discussion during the presidential debates of that year. Even this effort resulted in exactly one question asked during the 2008 debates, and it was immediately overshadowed by issues of the economy, trade, and taxes, among other things. Given the fact that this year’s campaigns seem to avoid real discussion of any issue, and that bombast and pandering to political factions seem to characterize the news, it is impossible to imagine that any intelligent discussion of complex education issues would take place should they find their way onto the debate agenda.

On August 9th, Michael Hansen of the Brookings Institution published a piece posing questions that should be asked of the candidates during the presidential debates this year. While interesting, it is hard to imagine that a reporter being watched by tens of millions of viewers—most of whom care about education but not about the specifics of federal laws or programs—would ask a question about whether Title I is achieving its intended goals or which specific education programs should be expanded or eliminated. To do so would likely mean it would be the last time they would ever be asked to question candidates in a high profile debate.

Even worse, candidates’ answers could lock the future president into positions derived from snap judgment rather than learned briefings and public discourse. Given the issues that face the 13,500 school districts in the nation, to say nothing of the 98,000 public schools, those kinds of knee-jerk policy promises would likely lead to further incoherence in systems still struggling to find the right balance between state, local, and federal priorities and direction.

Yes, we desperately need a thoughtful and balanced discussion of the state of and priorities for education in the nation. But I submit that presidential debates are not the appropriate place for this discussion, and the heat of an election is not the right time. My hope is that—after the election—local, state, and national leaders will come forward to facilitate the creation of a commission that would do justice to the issues at hand. Until that happens we should avoid snap decisions, facile responses, and comments that bring more heat than light.